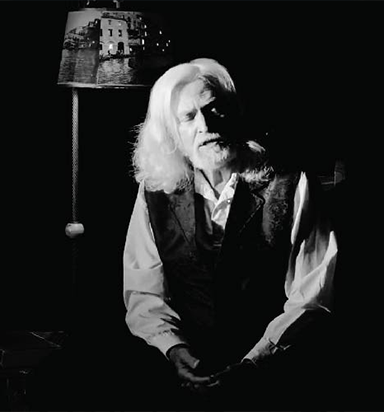 Multitudes, authored by Valerie and Kim Nuzzo of Zephyr Stage, Fruita, Colorado, addresses Whitman’s thoughts on the democratic ideals of inclusion, the importance of every voice, slavery, women’s rights, his sorrow, turmoil and PTSD around his service as a volunteer nurse in Washington, D.C. during the Civil War.

Note: This purchase gives you access to the streaming video as part of the 2020 online-only Denver Fringe Festival.

Kim Nuzzo is a resident actor with Zephyr Stage and is also a visual artist and published poet. He is the President and Cofounder of the Aspen Poets’ Society which has provided a performance venue for poets from around the southwest for the last 12 years. He’s performed many roles for Aspen’s Hudson Reed Ensemble including Scrooge and Julius Caesar. He performed the part of King Hamlet for Thunder River Theatre Company in Carbondale, Colorado. He is still performing as Walt Whitman in Zephyr Stage’s original production of Multitudes around the country and internationally. He also makes occasional appearances as Hunter S. Thompson for the Aspen Historical Society.

The Nuzzos brought this EXCELLENT production to SW Wisconsin and it was so great!! Whitman is so powerful in their hands--his life comes alive and his words are amazing as they are spoken. Do not miss this!!